Before you Refinance, Consider Sprucing Up 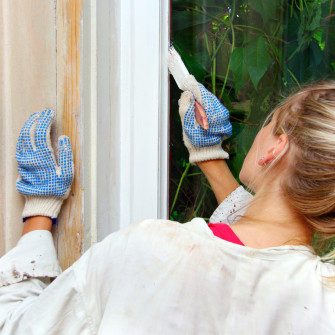 Thinking about refinancing? Before you do, put some time and effort — and some money too — into sprucing up.  For anyone selling a home, sprucing up is a no-brainer. Repairs, upgrades, painting and landscaping can raise the sales price. But homeowners who are staying put and refinancing often don’t bother with these improvements. If you’re not looking for a buyer and have years to get around to these things, why bother?  Because the home’s condition will be reflected in the lender’s appraisal, which will determine whether you get the new mortgage and how large it can be.  Appraisals start with an analysis of comparable sales data — the prices of nearby homes that have sold recently. Homes that have merely been refinanced are not included. Because most home sellers do spruce up, the comparable prices likely reflect homes in good to excellent condition.

After all, the point of the appraisal is to make sure the home is valuable enough to serve as collateral on the loan. The homeowner may perceive the “value” as including all those nagging improvement plans as if they’d be done, as they surely would be before a sale. But the lender wants to know what the home would fetch as is, in case it had to be unloaded after a foreclosure.  A homeowner with enough financial troubles to land in foreclosure is unlikely to spend big money on repairs and improvements. Take a realistic look at your home’s shortcomings and decide which ones to tackle. Unfortunately, many improvements fail to add as much value as they cost, so it probably would not pay to install a whole new kitchen just to get a higher appraisal. Tidying up, painting, trimming the shrubs and other low-cost jobs are definitely worth doing. And looking at your home from a buyer’s perspective can help you see it from an appraiser’s.

The risk of a low appraisal is especially serious for the homeowner who wants to replace an older mortgage, because the new loan typically must be large enough to pay off the old one. Despite rising home prices in the past couple of years, many homes are still worth less than their owners paid for them seven or eight years ago. In those cases, homeowners need to squeeze every dollar they can out of the appraisal. At a minimum, a rejected application will cost hundreds of dollars on appraisal fees and other upfront charges.  The appraiser makes adjustments for differences between the home and what he or she believes to be the standard among the comparables. So if you have a kitchen from the 1970s, and the recently sold homes were more up to date, your appraised value will suffer.