The Growth of Solo Households 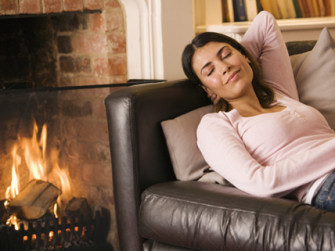 Living alone? You trendsetter, you. The Census says 33 million of us live solo. That’s a quarter of American households, according to the National Association of Realtors.  The popularization of the solo life — in 1970, one-person households comprised just 17% of all households — is a historic change in human society.

Solo households, for reasons simple and complex, are a growing share of the population in industrialized societies.  Sweden has the largest proportion of solos (47%). The trend is big in other countries, too, including the United Kingdom (34%), Japan (30%) and Norway (40%).  Personal wealth in developed countries allows singles to sustain relatively expensive one-person homes. Also, we’re marrying later, divorcing more frequently and living longer.

Not everyone lives alone by choice, of course. But many who do celebrate its appeal.  Transitions in and out of solo life are common.

Solos often are perceived as lonely. But living alone doesn’t mean your life isn’t full.  Many solo dwellers feel their life is just as full as if they weren’t alone.  Many report they are active with technology, using Twitter, etc. to stay connected.  Some solos  launch book-and-brunch groups. or boomer singles gatherings that become the center of their social lives. Most of the new friends they meet are single too.

Search For Your Home