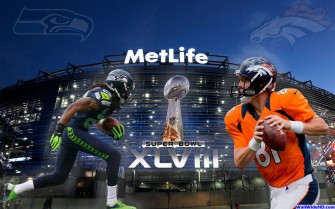 It doesn’t need to be played on a Sunday to be super … but it would certainly help.  With snow and chilly temperatures battering the region, NFL officials said this week that contingency plans call for Super Bowl XLVIII to be played at any point between Friday, Jan. 31, and Monday, Feb. 3, at MetLife Stadium in New Jersey if weather dictates a change from the traditional Sunday schedule. Still, Eric Grubman, the NFL’s vice president for business operations, said if the kind of storm that dumped a foot of snow on New Jersey on Tuesday is predicted for Super Bowl Sunday, the game would likely go off as scheduled at 6:30 p.m.

“What goes into whether deciding to (move) it, first of all, is public safety,” Grubman said Wednesday at MetLife Stadium, where more than 1,000 workers were removing snow from the 80,000-seat facility. “Unless it was 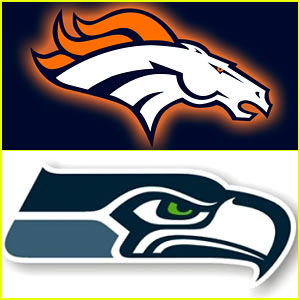 a state of emergency which affected public resources in a way that made it impossible to get the resources here, or any kind of declaration by any of the authorities from the states involved that made it difficult to travel safety to and from the stadium, we would absolutely respect that.”

New Jersey Gov. Chris Christie did in fact declare a state of emergency on Tuesday afternoon, restricting travel. Stadium staff used Wednesday to test the response to wintery weather. “At 7 o’clock they put themselves on the clock,” Grubman said. “They are running about an 18-hour allotted amount of time, and we have people watching, evaluating and grading, so we’re treating this as if it’s pregame and we have to get the bowl cleared.” Fans attending the game will arrive to find warm-weather kits waiting for them at their seats. The kits include a seat cushion, ear-muffs, a knit cap, texting-friendly gloves, hand warmers, lip balm and tissues.

What some of those fans might not have if the game is moved from Sunday evening, however, is accommodations or a flight home. Fans and media could face problems with a Monday game if they’re not already scheduled for a Tuesday hotel checkout and flight. Similarly, many fans will not yet have arrived in time for a Friday kickoff if the NFL had to move up the game.