The average sales price for homes that went to closing across Northern Virginia’s inner and outer suburbs in 2013 stood at $476,913, an increase of 7.4 percent from the $444,103 reported a year ago, according to new figures.

A total of 34,225 residential properties were sold across the region during the year, according to figures reported by RealEstate Business Intelligence (an arm of the local multiple-listing service).

That sales total was up 10.1 percent for the year from the 31,098 transactions reported in 2012. Year-over-year increases were reported every month except November. 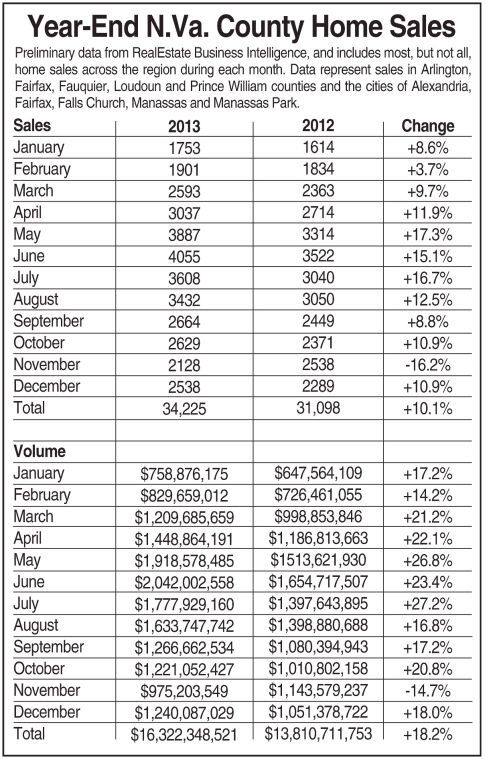