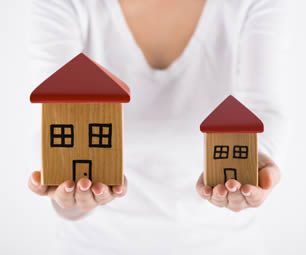 How to Cope with 2 Mortgages

It’s the American dream for the upwardly mobile: owning two houses. The first, to live in; the second, a place to unwind on the weekends or vacations, preferably on a beach or in the mountains.  But for some people, owning a second home is the American nightmare. Paying for two mortgages doesn’t always happen on purpose. You might inherit a deceased parent’s house, which still carries mortgage payments. You could get a job in another city and have trouble selling your house while paying rent in the new city — which isn’t a two-mortgage payment problem, but if the rent is substantial, it’s close enough. Or you might talk yourself into taking on two mortgages, believing it’ll only be for a short time.

Lenders do everything they can to make sure you don’t wind up in the position of paying two mortgages at once if you can’t afford it. Even so, this scenario is not uncommon, and although nobody really wants to be in that position, sometimes it’s unavoidable.  First-time homebuyers do not have to worry about this problem, but people who already own a home and want to move are always faced with a timing dilemma: If I sell my home before I buy, I could be homeless. But if I buy before I sell, I could be stuck paying two mortgages.  The problem is that regardless of what your contract says, you cannot always control the date of a sale.  Plenty of obstacles could delay a closing. Snow, snow and more snow. The buyer could die. There could be a house fire, or title issues — the deck that was added doesn’t have a permit. You could have a hurricane.  But in most cases, if you don’t have the money to pay for two mortgages, you won’t wind up with two mortgages.  You may sell one home and not have a place to live, which can be extremely inconvenient, but at least you’ll have the money to rent while you look for a new house.

You need to price your home aggressively and unemotionally, just like a bank would if they owned it.  You should ask multiple Realtors for a comparative market analysis of your home so you can see what the worst-case scenario is for what your home will sell for and in what period of time. For example, if the Realtors suggest prices that range between $350,000 and $395,000, you might consider a $345,000 price, which would ensure the shortest marketing time and the hope of a bidding war.  The good news is that if you live in a city where demand is strong, you’ll probably sell your house quickly. But don’t price your home too high.  Just because homes are selling quickly, that doesn’t mean that you can ask an above-market-value price.

Becoming a landlord may not be ideal, but you may decide it’s the best of some bad options. Just make sure to price the rent to cover the mortgage and any homeowners association fees and real estate taxes.  Whatever you do, make sure you don’t fall behind on either mortgage payment.  The last thing you’d want to do is stop payments and go into default. You could jeopardize your credit and chances of refinancing.

Yes, the thought of paying for two houses with three bedrooms and two baths sounds unpleasant.  But imagine how you’ll feel if your credit score winds up in the basement.