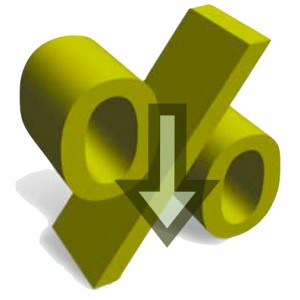 The average interest rate on a 30-year fixed-rate mortgage hit 4.23 percent this week, the lowest since November.  U.S. mortgage rates for 30-year loans fell for a fifth week as stock market volatility and weaker-than-expected​ economic reports drove investors to the safety of the government bonds that guide borrowing costs.  The average rate for a 30-year fixed mortgage was 4.23 percent this week, down from 4.32 percent and the lowest since November, Freddie Mac said on Thursday. The average 15-year rate dropped to 3.33 percent from 3.4 percent, the McLean, Va.-based mortgage-finance company said.

Yields for 10-year Treasuries, a benchmark for consumer debt, dropped to a three-month low this week following a private report that showed manufacturing in January slowed more than economists forecast. The Standard & Poor’s 500 Index lost more than 5 percent since reaching a record on Jan. 15. The effect on mortgage rates will be temporary as the Federal Reserve continues to unwind stimulus measures, according to Greg McBride, chief financial analyst at Bankrate.com.  “The economy doesn’t improve in a straight line,” McBride said in a telephone interview yesterday. “It’s like Sunday afternoon in New York City, it was 50 degrees. It doesn’t change the fact it was still winter. The improving economy and the Fed dialing back stimulus mean that rates will move higher as the year unfolds.”