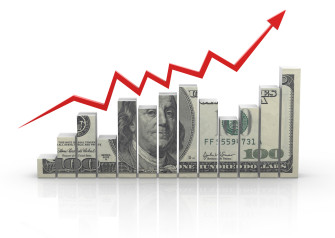 The average fees that mortgage lenders charge consumers to close on a home loan have increased in the past year in most states, with Hawaii being the most expensive.  A homebuyer getting a $200,000 loan pays an average of about $2,400 in origination and third-party fees, such as the appraisal, according to this year’s survey. That’s a 6% jump from 2012, when the same fees averaged about $2,264.  Most of the increase is tied to fees paid directly to the loan originator. Excluding third-party costs, origination fees alone were up about 8.4% compared to last year.

Why are Fees Increasing?

The low-mortgage-rate environment has played a role in the rise of closing costs in the past year.  As historically low rates attracted large waves of refinancers, lenders didn’t have to compete as much for business.  The increased demand for loans has allowed lenders to charge higher fees while they can.    Banks realize that rates are going to go up and are trying to capture fees early on.  They know when rates go up, loan applications plunge, so they are trying to generate more earnings on anticipation of lower application volume and lower profits.  As rates climb and fewer homeowners can save money by refinancing their mortgages, loan originators will likely reduce origination fees to attract more borrowers.  Many lenders say closing costs have increased partly because lenders have been facing higher expenses to implement a series of new Consumer Financial Protection Bureau mortgage regulations. Many of these rules go into effect next year, but lenders are gearing up for compliance in advance.

It’s unlikely that you will move to pay low closing costs, but you can shop around and compare fees from different loan originators to make sure you get the best deal in your area.  When applying for a loan, homebuyers should make sure the lender gives them a form called the good-faith estimate.  The government-mandated form gives borrowers an itemized summary of the loan terms, including origination fees, which are the fees paid to the lender to originate the loan.  The good-faith estimate is probably the best way to compare costs.  All lenders are required to provide that to the borrower.  Some lenders may offer lower closing costs but charge a higher interest rate — and vice versa. One useful tool to compare apples to apples is to look at the annual percentage rate on the form. The APR incorporates closing costs into the interest rate you are quoted to show you the annual cost of the loan.