Can you Afford to Wait to Buy a Home? 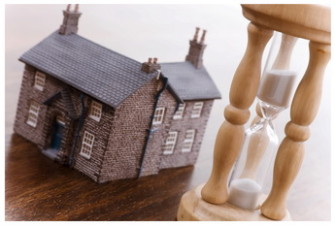 Home prices and mortgage interest rates are rising, and people looking to buy a home for the first time are feeling the pressure.  Rock-bottom inventory is fueling a run-up in home prices as interest rates rise and ratchet up pressure on buyers to act. Should you be desperate? Will prices continue to surge to new heights? For buyers in many tight markets, the task of buying a home this summer seems almost Herculean. Scarce supply and an influx of cash investors have made it hard for many prospective buyers to get a bid accepted.  Many buyers are exhausted after making up to 40 or 50 unsuccessful offers on homes.

Buyers are beginning to feel the pressure now that interest rates are once again climbing. The average rate on a 30-year-fixed mortgage rose from a monthly average of 3.68% in the first week of January to an average of 4.68% in the week ending June 28, according to mortgage-data website HSH. Rates took their biggest weekly jump since 1987 in the last week of June, according to Freddie Mac.  Every tenth of a point that rates go up makes buying more expensive. It will almost certainly be more expensive to buy six months, a year or even two years from now. A rise in rates from 4.5% to 5% adds $75 to the monthly payment on a $300,000 house with $50,000 down.

For a $200,000 FHA 30-year fixed loan at a 3.25% rate with 3.5% down, the monthly payment would be $1,111. A conventional loan for the same amount with 5% down, a 3.75% rate and a single upfront private mortgage insurance payment of $6,080 at closing would cost $926 a month, or $185 less than the FHA loan. That’s $2,220 less a year. For those who can’t afford the big payout at closing, the same loan with a monthly PMI payment would cost $1,073 a month, $38 less than FHA and $456 less a year. (Those amounts do not reflect today’s rates and are for comparison only.) For those who can qualify for a conventional loan, it’s much cheaper to pay for private mortgage insurance each month or have your lender pay it for you in exchange for a slightly higher interest rate. Of course if your lender is paying it for you, you can’t cancel it and are stuck with the higher interest rate. By paying for it yourself, you have the option of canceling when you achieve 20% equity, which is good considering today’s rising home values.

Many analysts and economists predict that the pace of price growth will taper off in the latter half of the year, as rising interest rates take a bit of steam out of sales. Swelling inventory and slightly less competition may mean that buyers who are still in the market six months from now could pay slightly more, but will have a better shot at finding exactly what they want.