5 Steps to Buying a Foreclosed Property 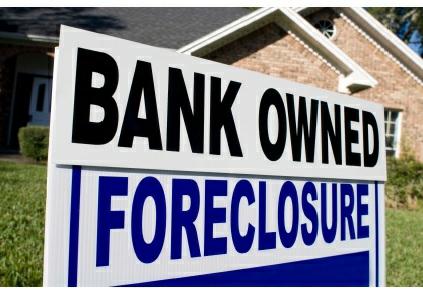 Foreclosures Offer a Bargain; But Beware!

With more than 1 million U.S. homes in some phase of foreclosure, great deals abound — if you know how to separate the wheat from the chaff. The No. 1 reason to buy a foreclosure is the potential for a good bargain.RealtyTrac figures show the average short sale fetched $192,129 in the second quarter. That’s 20% less than the $241,715 for the average nondistressed home. Bank-owned properties, or homes that lenders have seized through foreclosure and have put up for sale, sell for even less. Such homes, also known as “real-estate-owned” properties (REOs), went for $145,211 on average during the second quarter — 40% below the average for all home sales. However, potential buyers should tread carefully. Foreclosed homes typically are sold “as is,” even though many fell into disrepair as their former owners struggled with money troubles. Some former homeowners also damage their homes on their way out the door. Other properties sit vacant for months or years, attracting vandals or falling further into decay.

Focus on REO’s if You’re a Novice

Inexperienced buyers should probably steer clear of foreclosure auctions and possibly even short sales, focusing instead on REOs. Short sales can involve lengthy negotiations with lenders for approval, while foreclosure auctions require all-cash payments. By contrast, REO deals are very similar to traditional home sales. Lenders typically hire real-estate agents to show REO properties to would-be buyers, and also allow home inspections and the use of mortgages to finance purchases. At the same time, REOs generally offer the lowest prices of any distressed properties. They’re often in the poorest condition and banks frequently discount them heavily to promote a quick sale. A bank isn’t emotionally attached to a REO — it’s just looking to recoup as much of its losses as possible.  The lender is often more willing to capitulate on price.

Assuming you follow Tip No. 1, you can have the home professionally inspected. That’s key, because most short sales and REOs are sold “as is,” even though their financially strapped former homeowners rarely kept up with the maintenance.It is reccommended to have a good home inspector go over any foreclosure you’re thinking about buying. Then present the seller with a list of all problems and estimates of how much they’ll cost to fix, using this rundown as a tool to negotiate a lower price.

Set Up Financing in Advance

Many short sales and REOs attract multiple offers, so having your finance in orderin advance is crucial.Buyer should get preapproved for a loan before looking at properties.They should also check their credit score, fix any credit problems and set aside enough cash for a down.

An experienced buyers agent — particularly one who’s familiar with foreclosures — can really help you navigate the process. The National Association of Realtors offers a Short Sales & Foreclosure Resource certification to agents who take a special class on the subject. Similarly, the private Charfen Institute provides class work leading to a Certified Distressed Property Expert designation. The Charfen Institute and RealtyTrac also maintain online databases of buyers agents who specialize in distressed deals.

Study your local foreclosure scene carefully and understand how much properties are selling for, how quickly they’re moving and how much a distressed home’s value will likely rise. It’s important to not make the mistake of counting on any major price appreciation in the near term. We’re still in a depressed market, and we’re probably not going to see home prices appreciate much for quite some time.