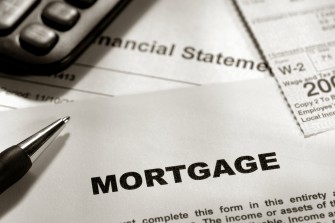 A lot of attention has been paid to the fact that mortgage rates are expected to rise throughout 2014. As mortgage rates creep upward in this year, borrowers need remember that rates will still be historically low and nowhere near the interest rates consumers faced in the early 1980s.  Four unique trends will unfold in 2014 that will influence the direction of mortgage rates throughout the year.

While no one can know for certain what will happen with mortgage rates in 2014, economists believe rates for 30-year fixed-rate mortgages will reach 5.25 percent by the end of 2014.  Conforming rates are driven by market and institutional forces such as fees charged by Fannie Mae and Freddie Mac to lenders which are embedded in your interest rate.  A planned increase in guarantee fees has temporarily been put on hold, but it would have increased mortgage rates by about one-eighth percent. In order for the market to push rates up significantly higher, the economy would have to be running on all cylinders with wage and employment growth. That’s not happening yet, so it is believed rates will range from 4.5 to 5.5 percent this year. Current fees from Fannie Mae and Freddie Mac add as much as 0.5 to 0.75 percent to conforming rates and could be raised later this year. Should you want to refinance, act early in 2014.  If you want to buy a home, make sure you’re ready and know where you want your family to live, but if you do, then you should act earlier rather than later, too.

ARMs are Low and Making a Comeback

Qualified Mortgage (QM) rules have virtually eliminated interest-only loans and loans with 40-year terms, often used by borrowers to afford a costlier home. Some borrowers may look to ARMs, with their lower initial interest rates, to stretch their budget in 2014. Walters says borrowers mostly choose ARMs when the gap widens between adjustable and fixed rates.  Right now the difference is almost a full percentage point.  ARMs are right for more people than are using them right now, such as first-time buyers who are likely to sell their starter home in five years as their income and family size increase, or for people who are transferred often.  ARM borrowers have to qualify at the fully adjusted rate and within tight debt-to-income ratios, so even if you’re using this to stretch your budget you’re doing it within the construct of fully qualifying for the loan.

Two factors are driving rates lower on jumbo loans.  First, these loans typically have a lower loan-to-value, often as low as 60 percent. Also, the Federal Reserve is paying banks to have excess reserves on hand, which creates excess liquidity. Lenders are concentrating on offering jumbo loans because these loans require very high credit scores and a lot of equity so they’re considered very low risk.  Jumbo rates are also priced lower because they’re private loans that don’t carry the fees charged by Fannie Mae and Freddie Mac.  Lenders are more competitive with jumbos, too, because they can earn higher fees on larger loan balances and are therefore more likely to offer lower interest rates to entice customers.

The Fed’s Influence Over Mortgage Rates will Wane

The Fed’s likely to continue removing itself from the mortgage market even if the economy isn’t as strong as desired. This is  in part because Quantitative Easing isn’t working as well as it did in the beginning.  Mortgage rates didn’t go back down to rock bottom rates even after the Fed initially delayed tapering their bond-buying activity. They’ll still have influence over short-term interest rates, but direct manipulation of the mortgage market is likely to stop.