Local Weather Update From Your Friends at NCR 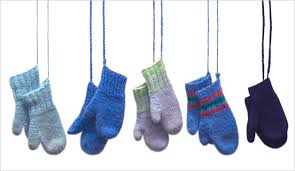 Bitterly cold air has again settled southward from the Arctic into a large part of the Eastern states. Unlike the outbreak from early January, this time the cold will have more staying power. Through the end of January, the polar vortex will hover just north of the United States border causing waves of frigid air to blast into the Midwest and much of the East.

On Thursday morning, temperatures dipped to their lowest level in 18 years at Washington, D.C.’s Dulles Airport. According to the National Weather Service, it was the first sub-zero temperature since early February of 1996. The advancing waves of cold will be severe enough to bring life-threatening conditions, hypothermia and the risk of frostbite to areas from the northern Plains to New England. The penetrating cold has the potential to cause water main breaks as far south as the Ohio Valley and mid-Atlantic and to freeze pipes into parts of the South.

Heating systems may struggle to keep up, and people will spend more money keeping their homes and businesses warm. In parts of the South, where electricity is the primary source of heat, the demand for electricity will skyrocket. While widespread power outages are not anticipated during the cold outbreak. However, some sporadic power outages are possible associated with a strong storm forecast to visit the Great Lakes and Northeast Friday night into Saturday. In the Northern states, temperatures will dip low enough to inhibit the effectiveness of most inexpensive ice melting compounds. Rock salt will not work when the temperature drops to 15 F or lower. The persistent cold will cause a renewed buildup of ice on rivers in the Northern states. Ice jams could again become a problem during the coming weeks.

In much of the South, temperatures will not be as low as that of the first week of January. However, many areas over the interior will have multiple nights where the temperature spends multiple hours well below freezing. Temperatures will dip to near freezing during a few nights along the upper Gulf Coast. As the pattern begins to change toward the end of the month, storms could ride up from the Gulf of Mexico to along the Atlantic Seaboard. Enough cold air may stick around for these storms to bring snow to these normally ” warm ” areas.

With such abnormal weather patterns it is important to stay updated, aware, and prepared.