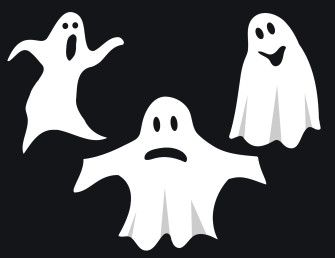 Looking for some real scare options this Halloween season?  Check out these 7 Metro DC area locations and plan a pre/post  excursion before going  to one of the “haunted” attractions.  See if you are a ghosthunter!

A number of mysterious happenings have been reported in the White House. President Abraham Lincoln’s apparition is seen in the Lincoln Bedroom and all over the White House, President Andrew Jackson is seen in the Rose Bedroom, and President William Henry Harrison is heard in the attic. Abigail Adams is said to walk through the hallways, and Dolly Madison haunts the gardens. A black cat is said to appear as a telltale sign of an upcoming national disaster.

This location was once a “Carlos O’Kelley’s” restaurant. Now it is an Italian place called “Piero’s Corner.” Back when it was Carlos O’Kelley’s, it was said that a dishwasher who worked there hanged himself in the building and haunted the premises from then on. Numerous waitstaff reported hearing voices when no one else was around. Glasses would fly off shelves and shatter for no reason.

No word on whether or not this activity continues since the handover to Piero’s Corner Italian.

The crew team at George Mason University has reported seeing the ghost of an old man near the docks or dam. Legend has it that he’s Old Man Johnson, a deceased area rower who, in the 1970s, found his wife having an affair. The distraught man went out rowing and was never seen again. Some say he went off the Occoquan River dam.

The gazebo near the campus pond also is said to be haunted, by the ghost of a young man who drowned in the lake. His body was discovered by two young women in the gazebo, and his ghost is said to appear, beckoning young women to come sit with him. Some staff maintain that this is just a made-up story.

Gadsby’s Tavern was built in the 1770s and reportedly was visited by many of the country’s founding fathers. According to rumor, the tours through the historic site do not include one of its rooms, which is closed tight. Why? It’s said that a lovely ghost resides there. Legend has it that in 1816, a man and his ill wife arrived by ship. The couple rented a room at Gadsby’s Tavern, but the doctors couldn’t save her. Mysteriously, her dying wish was an oath taken by all present that her identity not be revealed. So, she was buried in nearby St. Paul’s Cemetery under the inscription “In memory of the female stranger, died October 14, 1816, age 23 years 8 months.” Afterward, her husband disappeared, leaving medical, boarding, and burial bills of more than $1,000. Now, folks say the woman’s ghost can be seen through the windows holding a candle, or on the stairway or in the ballroom. She also has been heard pacing the floors.

General Edward Braddock’s 1755 expedition to capture Fort Duquesne was attacked, killing or wounding 900 men, in what is now known as the Battle of the Monongahela. Rumor has it that on the anniversary of Braddock’s departure near the bridge or along the nearby bluffs, the ghostly sounds of military orders, horse hooves, marching, and metal-on-metal clanking ring out.

The Goat Man is an urban legend about a being who escaped from the nearby Department of Agriculture Research Center. Said to be a product of a human-animal breeding experiment, the escaped Goat Man murdered and ate many victims in the 1950s and ’60s. As recently as the 1970s, something half-man and half-animal has been reported in the area woods. Witnesses said he had red eyes and tattered, bloody clothing.

Known for its battles during the Civil War, the national historic park is believed to be haunted by ghosts of its past. Many apparitions have been seen here, including a well-dressed man in a brocade vest who glares in a hostile way. A woman and child believed to be the man’s wife and daughter also have been seen. Many other apparitions and phenomena have been reported here, including a whole phantom army that marches down the street. Private ghost tours are offered of the park.